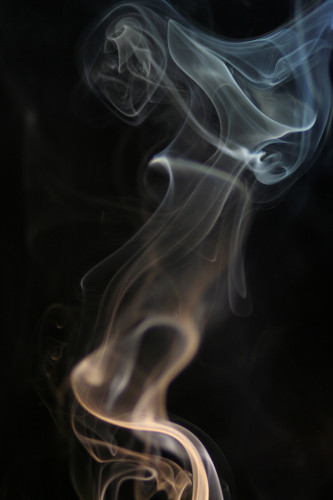 What if there’s an electrical short?

How about a chemical reaction that produces smoke without fire?

Sure, fine, but most of the time where there’s …

Okay, I get it! There’s lots of reasons for there to be smoke without fire. What’s your point?

Yeah, what is my point?

It’s natural to think that if one thing always (or nearly always) happens along with some other thing, that one of those things causes the other. But even with something as simple as smoke and fire there are plenty of reasons to have one without the other.

So maybe we can say that one thing makes the other thing more likely? Maybe. But maybe not. Nurses are more likely to take maternity leave than doctors. Does being a nurse make you more likely to have babies, or is there something else behind that correlation?

This is one of the most significant problems with observational studies.

Just because you found a pattern doesn’t mean you found the reason why.

[On what's wrong with diets]

I'm so much more focused on food, and feeling hungry, when I tell myself "I'm on a diet' than otherwise.
Marissa