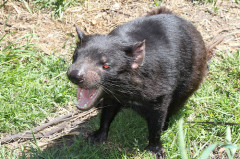 If you’ve spent any time on the internet, you’ve discovered some people can get a bit … testy when they feel anonymous. There’s a name for it, but I try to stay PG-13, so you’re going to have to follow that link if you’re interested. (Don’t say I didn’t warn you.)

Before the internet, this type of behavior was mostly confined to road rage. There was no audience of cheering morons, but even the sweetest granny can turn into a finger-flipping, foul-mouthed hellbeast behind the wheel.

It turns out some people don’t need anonymity to be a complete tool. They just need to think the people they’re talking about can’t hear them.

What’s this got to do with food?

Government agencies get together with industry leaders every now and then to improve the state of society. If you read the notes from these meetings, you can tell whether it was for public consumption. The one I just found clearly wasn’t.

Back in 1997 the Federal Trade Commission looked into the claims coming from the weight loss industry to see if they counted as false advertising. Their report could use some editing, which you can see just from the title: Commercial Weight Loss Products and Programs; What Consumers Stand To Gain and Lose — A Public Conference on the Information Consumers Need to Evaluate Weight Loss Products and Programs.

Did you get that? Information consumers need to evaluate weight loss products and programs. So what do we need? And where can we find it?

Before the conference, the Center for Science in the Public Interest and other parties alleged that commercial weight loss programs typically failed to provide information that consumers need to evaluate the suitability of the weight loss programs. This information gap was said to include information in the following categories: (1) the cost of the program and its duration, (2) the qualifications and credentials of program staff, (3) the risks associated with the program; and (4) program outcomes in terms of both weight loss achieved and weight loss maintained short term and long-term. At the conference, most consumer group representatives reiterated the unavailability of this information and its importance to consumers. Significantly, the commercial firms at the conference did not take serious issue with the allegation that providers of treatment options for overweight/obesity need to be more forthcoming with relevant information. Providers indicated general willingness to disclose information in the first three categories, but cited obstacles such as costs and the difficulty of collecting data to making other information disclosures, especially those concerning outcomes.

In other words, “You’re right, we don’t provide the information people need. Especially information about what actually works.”

You’d think when the FTC is deciding if you’re guilty of making false claims you’d at least try to claim you’re telling the truth. Nope, not these guys. They just come right out and admit that they’re not providing any useful information.

So why don’t they provide the information?

The panel cited several barriers to providing consumers with weight loss and weight maintenance statistics. Cost was a primary deterrent, but concern about delivering a potentially negative message to dieters about their ultimate success was also mentioned. Barriers to providing outcome information included the following:

Let’s take these one at a time.

Yes, and proving that a new drug does what it’s supposed to do is also expensive. But companies do that testing anyway, because there’s so much money to be made.

If someone could prove that their program or product really did lead to weight loss, don’t you think they’d make more than enough to pay for the testing?

This one should have been the one that got them thrown in jail. “We know this crap doesn’t work. But if we told them that, they’d stop buying it.”

Go ahead, explain to me how they didn’t mean exactly that. I’ll wait …

We don’t know what “successful weight loss” means? Really? Okay, let me help you out on this one: I was fat. Now I’m not.

The current “level playing field” is that all their stuff is crap, and they all lie about it. If they have to start telling the truth, people might stop spending money on stuff that has never worked.

This pisses me off

It’s insulting. They know they’re selling snake oil, and they’ll come right out and say it when they’re at a government/industry conference that they know most of us will never hear about.

You should be pissed off, too. They think we’re all stupid.

Don’t believe me yet? Here’s what they had to say about their customers.

So you see, it doesn’t really matter what their ads claim. Because after all, none of us really believe them, and we’d be discouraged if we did, except we don’t listen because we already know what works, but we don’t care because we want a quick fix, and we’re successful anyway — even though no one knows what “successful” means. (Shh, you weren’t supposed to remember that.)