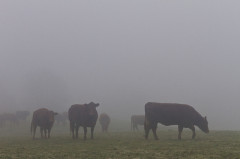 What do you get when you take a stand-up comic with a sarcastic streak and a libertarian outlook, mix in a background in math and hard science, and top with a penchant for debunking junk science for fun?

You get Tom Naughton, the brains behind Fat Head: You’ve been fed a load of bologna, a documentary response to Morgan Spurlock’s Super Size Me

Fat Head showed that Spurlock got the science of diet and health mostly wrong, and to prove the point Naughton went on an all-fast-food diet and lost weight, improved his blood work, and boosted his energy.

Tom eats paleo (short for paleolithic), which means he eats like a caveman: No refined sugar, no grains, plenty of meat, eggs, vegetables and fruit. Every time a study comes out that “proves” meat is bad for you, Tom looks at what the study really proves (or not) and shares his analysis.

And each time he rips apart another study … well, actually it’s just as likely the study was limited in scope but a newspaper editor somewhere gave it a sensational headline to make it interesting.

But whether it’s a bad study (and there are a lot more of them than you might think) or bad reporting (which shouldn’t surprise anyone by now), when Tom points out how wrong it is the vegetarians come out in force to leave comments telling him how wrong he is.

One of the stranger trends is that some vegetarians seem to be really obsessed with the contents of meat-eaters’ colons. One guy who signs himself “Kenny M” keeps showing up on Tom’s blog talking about … well, I’ll let Kenny take it from here:

Itâ€™s well known that meat and cheese will make your farts smell soupy and rancid. I mean, one of Tomâ€™s favorite foods is Eggs. Are you trying to say eggs donâ€™t cause putrid, literal rotten egg farts because they donâ€™t have any carbs? You low-carbers are so indoctrinated itâ€™s pathetic. And the thought of you low-carb plump (see pictures from the Low Carb Cruise), fatties sitting over the toilet getting Steatorrhea (fat filled poop) makes me gag. Yuck. 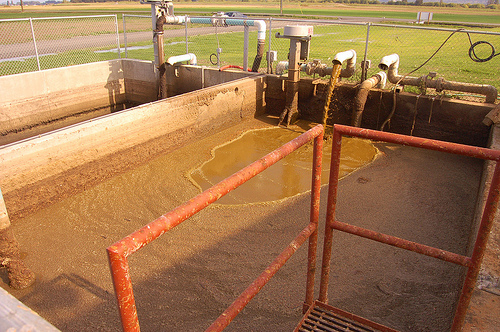 Something stinks here, but it ain’t me

Tom doesn’t just get the crazies, he also gets some really knowledgeable people. Pat finally had enough, and left this one for Kenny:

Hi Tom
I finally had to stop restraining myself and point something out to Kenny M. Sorry this is so long. I tried to keep it simple for Kenny.

Hey KennyM â€“ not all of us live in wonderful climates with great growing conditions. Here in the eastern half of the Great White North (more commonly known as Canada) we have a short growing season (that is why we are â€œWhiteâ€, we get a fair bit of snow in winter and we are talking months here) and little top soil. Most of our top soil is in the central US, courtesy of the last glacier plowing it south. What little we have was made since the most recent glacier melted, which is why most good farmland here is on the sediment from the Champlain Sea. In Quebec, for example, 6% of the land is arable land. When we look at the 6%, it breaks down into 3% of the Province is classes 1-3 (that means you can plow it and grow crops) and the other 3% is classes 4-6 (that means you can grow hay and pasture animals, the bedrock is too close to the surface to plow). So yes, we have a big dairy industry.

This is not unusual. Historically, domestic animals in all parts of the world used land that was not suitable for farming, and ate plant material that was not suitable for human consumption. Given the poor amino acid content of most plants (See Frances Moore LappÃ©â€™s â€œDiet for a Small Planetâ€) it is very hard to be properly nourished without some animal material.

Also, please note that short chain fatty acids are a major part of a ruminantâ€™s diet, thanks to the fermentation of cellulose by bacteria in the rumen. In fact, we can validly say that cows and other ruminants eat a very high fat diet. And of course they do get a bit of animal material in the insects that are in and on the plants. And yes, insects count as eating animals. They are very nutritious.

Given your concern about methane and other gaseous by-products of fermentation, I am sure you have already researched the fact that the two big methane-producing groups on the planet are ruminants and termites, both of which use anaerobic bacteria in their guts to break down cellulose, which cannot be digested by any multi-celled animal. The same thing happens in our hind gut (large intestine) and is totally dependent on the amount of indigestible plant material available to our gut flora. In other words, the more plant fibre a person eats (including legumes), the more gas they produce.

Hope this clarified matters for you.

Can we not talk about this again?

I’ve heard plenty of people talk about cabbage farts, broccoli farts, even the smell of your pee after eating asparagus. But I’ve never heard anyone say the smell is a good reason not to eat something that’s good for you. It’s only vegetarians I see making that argument.

I guess they see people like me all blissed out on grilled steak with a side of bacon — and losing weight while doing it — and they need a reason for why they’re grazing. Whatever you’ve got to tell yourself to get through the day, I guess.

It is amazing ... in those dark days, I could easily eat a bag of candy totaling 2000 calories and feel hungry right afterwards (and full of shame and guilt too) so I still marvel at the fact that a 400-500 calorie meal can keep me going along happily for 4-6 hours, and longer.

I hope anyone who is fat and/or sick makes the change to LCHF [low-carb / high-fat] so they can experience the relief of no more hunger for themselves.

Of course, as a bonus, they will lose weight and improve their health too. I am down well over 100 lbs!
Alexandra