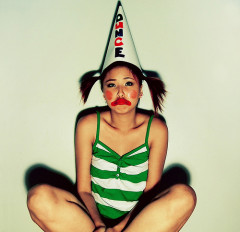 Once upon a time we all knew the Earth was flat.

Once upon a time we all knew disease was caused by “bad humours”.

Today we all know that the way to lose weight is to eat less and exercise.

Why don’t we do what’s good for us?

People do stupid things all the time. We must be really bad at long-term thinking, right? Except what if that’s not it?

Back in 1970 researchers at Stanford University conducted an experiment with pre-schoolers and marshmallows to gauge self-control.

They put each child in a room with a marshmallow on the table and told them, “If you don’t eat this until I come back, I’ll give you a second one and you can have both.” Some kids ate the marshmallow as soon as the researcher left the room. Some waited. Of the ones who waited, a third made it the whole 15 minutes and got the second marshmallow.

Years later they followed up with the same kids and found that the ones who waited scored better on the SAT. Which proves that some people have self-control and some don’t, and people with self-control are more successful. Case closed. Except …

There’s more to it than self-control

Researchers at the University of Rochester replayed the experiment in 2012, but this time they split the kids into two groups.

One group, just before doing the marshmallow bit, were given some broken crayons. The researcher told them if they waited they would get some new crayons. Then the researcher came back and said, “Oops, sorry, we don’t have any new crayons after all. Now, here’s a marshmallow, and if you just wait a few minutes …”

After your third or fourth fad diet, you’re starting to feel like that kid with a box of busted crayons. “Oh sure, this time I’ll lose weight and won’t be hungry all the damn time. I totally believe you.”

How are you going to stick to a diet with a mindset like that?

Willpower and self-control only work if you see the benefits coming in before you get discouraged. Hit a plateau in your weight loss and all bets are off.

“Eat less” isn’t really the same as “eat better”. That’s the “new crayons” lie we keep falling for. Check out the Undieting series for the nitty-gritty.

Trying to starve oneâ€™s self only to bounce back plus some, is no way to live.
Edith Kehoe