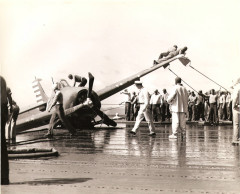 Everyone knows those parents that over-praise their kids. “Yay, Johnny used the potty!” Dude, Johnny’s nine.

But is it possible they’ve got something figured out that the rest of us don’t?

I’m the last person who’s going to support the cult of unearned self-esteem. Want to feel good about yourself? Do something worthwhile and it’ll happen; you don’t need someone telling you how awesome you are.

But when we’re coaching and supporting someone, it’s easy to go too far the other way and only criticize. Because it seems to work. Every time you tell them they did a good job the next time is worse. But scream at them and they improve.

Here’s the thing, though: They would have improved even without the screaming. It’s called “regression to the mean”.

What’s “regression to the mean” mean?

Let’s say my average time in the 100m dash is 12 seconds. (It’s my thought experiment, I get to be super-fast if I want.) That means that sometimes I’ll be a little faster, sometimes a little slower. And after each run that is not exactly on my average, statistically the next run should move toward my average. 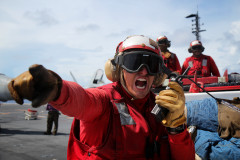 So I just ran a 12.9. That’s horrible for me. You’re coaching me, so you want to yell and scream. But before you do, realize that I was nearly a second off my average. Don’t say anything and odds are my next time is going to be significantly faster.

But if I set a personal record at 11.7 and you praise me, what happens next? Right, I do worse. So in your mind yelling at me makes me improve, and praising me makes me do worse.

This isn’t just a cool theory

The Navy is very interested in teaching people the right way to land planes on boats. Something about losing multi-million dollar assets and highly-trained personnel at the same time gives them the heebie-jeebies.

So when they heard the theory that regression to the mean causes inappropriate use of positive and negative reinforcement, they studied it.

Kahnemann and Tversky report that flight trainees who do well on a maneuver typically do not do as well on the next maneuver. Because they did not understand regression to the mean, the flight instructors attributed this regression to the praise the pilots receivedâ€”leading to the perverse conclusion that pilots who do well should be criticized. Kahnemann and Tversky do not report any actual data to support this memorable anecdote. This paper uses U. S. Navy flight training data to demonstrate that there is substantial regression to the mean in pilot performances.

The paper gets into a lot of statistics, which math geeks will appreciate. But I’ll pull some highlights.

For the scores at the extreme, there is nowhere to go but toward the middle and most did: 83% of the 1s improved and 77% of the 4s worsened.

So a bad performance was nearly always followed by a better one, and vice-versa, regardless of what feedback they got.

But here’s the really interesting point. You can do worse and it’s still a positive sign.

In other words, even if today is worse than yesterday, if yesterday was already an exceptional day then you’re still doing better than expected.

Fascinating. Now what does that have to do with me?

Or are you training for a 5k and you just finished a training run 15 seconds off your pace? No biggie, you’ll do better next time.

My diet is 'only eat foods I like, and eat as much of that as I want' and I still fall off of it. Is that sick or what?
Mike