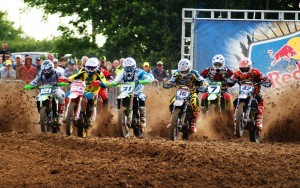 People keep asking me how to get started on a low-carb diet. I want to punch them in the head and scream, “Repeat after me: It’s not a diet when you stop eating crap!”

Then I think that maybe I’ve had to answer this question once too often, and maybe I should lighten up a little bit. [Note from Jenn: “Yeah, you think?”]

Am I saying eating junk is as bad as being an alcoholic?

Well … yeah. For your health anyway. And when someone stops drinking they don’t have a name for not-drinking. They just aren’t doing it any more.

That’s how it is for me and eating carbs. It isn’t a diet, I just don’t do it any more except on weekends.

Fine, it’s not a diet. Now how do you start?

Calm down, I’m getting there.

What worked for my wife and me was to just stop buying the kinds of treats that we normally had around and replace them with other things: nuts, cheese, jerky, peanut-butter. Then we started eating up all the high-carb stuff in the pantry and replacing it with low-carb.

It was about a month of eating up all the stuff in the house that we didnâ€™t want in our regular diet any more before we really started. Then we just picked a Monday and went for it.

The first week we had some cravings, Iâ€™ll admit. The first Saturday came and we were soooooo looking forward to everything we were going to eat. We went out to breakfast and had french toast with powdered sugar and syrup, hash browns with ketchup, orange juice, milk. It was awesome.

But then, about an hour later, we felt like crap. Total â€œfood comaâ€ setting in, and we just wanted to sit on the couch and watch TV. The girls still wanted to do stuff, so we kept going.

Lunch was fast food, and later we felt like crap again. Same story with dinner. We ate at home but had pasta and bread and spent the rest of the night in front of the TV asking ourselves, â€œIs this what I used to feel like all the time? Was this â€˜normalâ€™?â€

But it gets easier, right?

Sunday we went back to low-carb, and it was such a relief. Sure, we still saw things during the week that we wanted. But remembering how we felt on Saturday made it a lot easier to resist.

It really was like recovering from a hangover. You feel so bad that it takes a week before youâ€™re ready to face it again.

Now that eating right is normal, eating the junk I used to live on is what’s hard.

Man, when it comes to eating, that little voice is difficult to shut down. Itâ€™s certainly taken me years, and I still struggle with it.
Katie